Anyone training for a marathon should consider three days at BookExpo America for building endurance. By the end of day 2, every muscle and joint in my body aches. But it’s so worth it to spend three days surrounded by books and book people.

I spent the first part of the day in meetings with publishers to talk about the Cybils. I had some great conversations with some really interesting people. One of the best things about BEA is having the chance to talk to people who are passionate about books, children’s and YA literature.

After that, I had some time to walk the floor. Here are some of the things I saw:

The tenth generation Lassie made an appearance in support of the book, Man’s Best Hero: True Stories of Great American Dogs by Ace Collins. 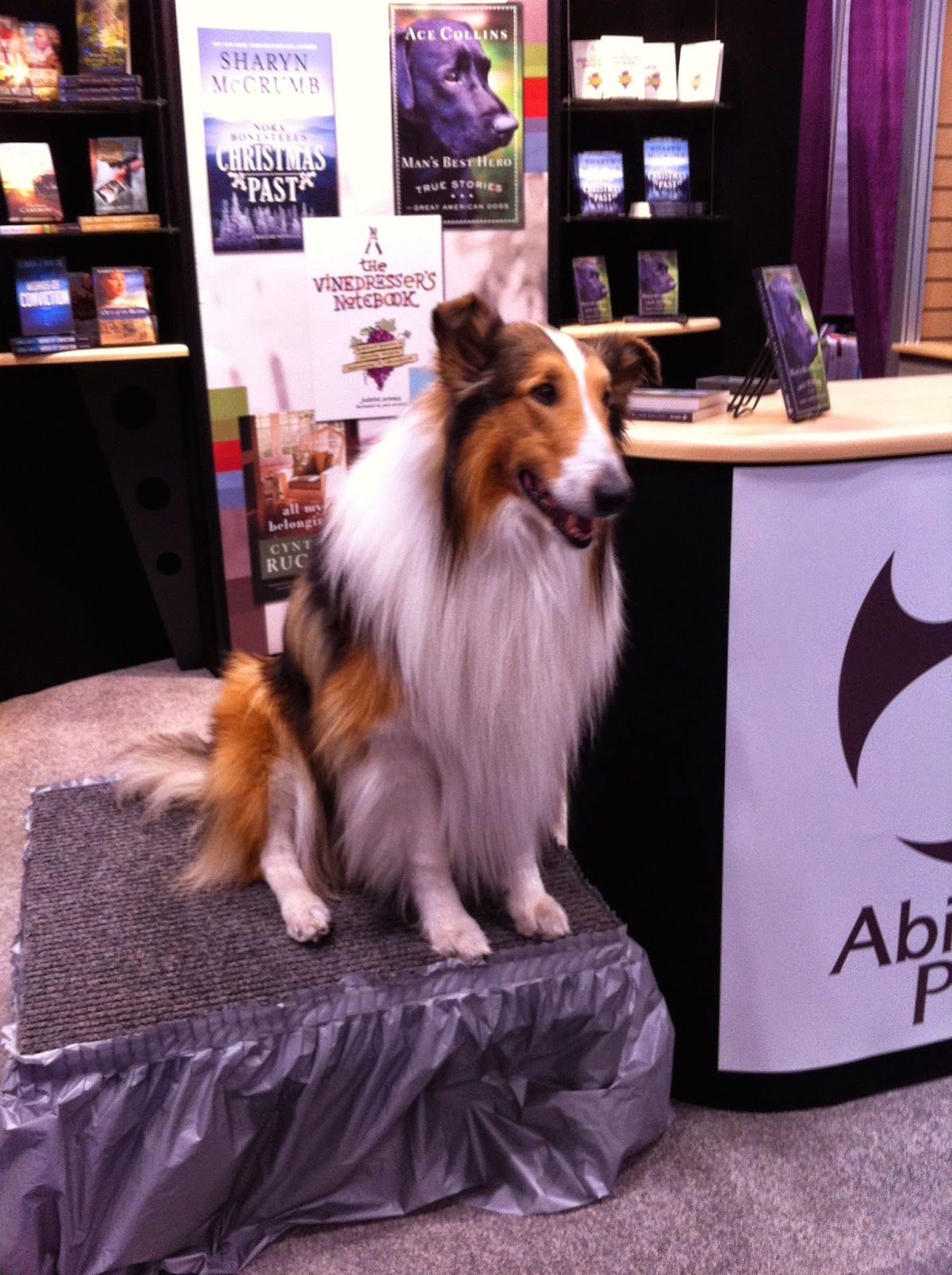 Lassie poses for his photo shoot

It was impossible to walk by the Ellora’s Cave booth and not notice these guys: 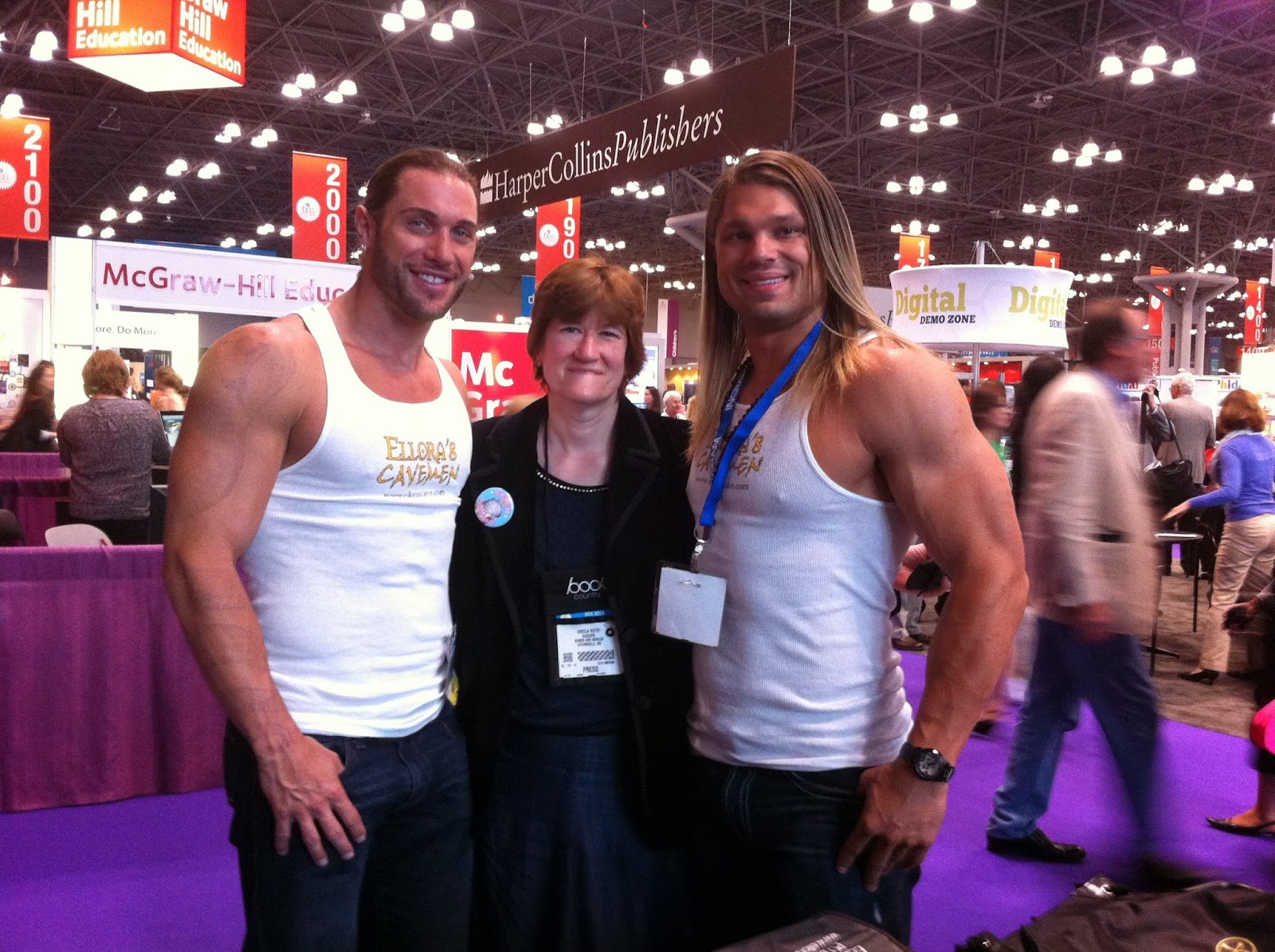 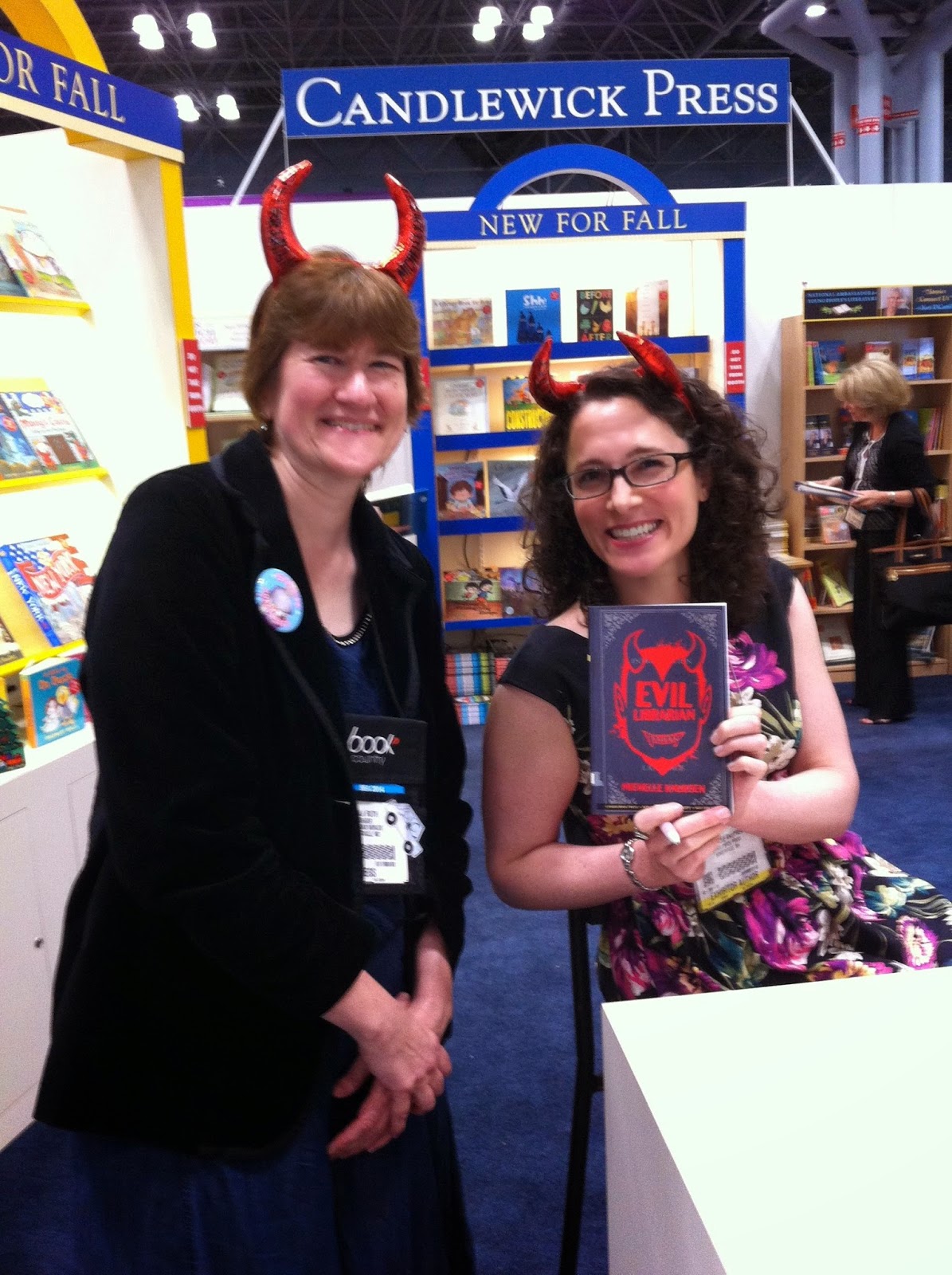 Books I got today that I’m excited to read: Love is a Drug by Alaya Dawn Johnson, Afterworlds by Scott Westerfeld, Sky Raiders (Five Kingdoms book 1) by Brandon Mull, House of Purple Cedar by Tim Tingle, The Zoo at the Edge of the World by Eric Kahn Gale, Thursdays with the Crown by Jessica Day George, Evil Librarian by Michelle Knudsen. Thanks to my husband Nick for getting some of these for me! 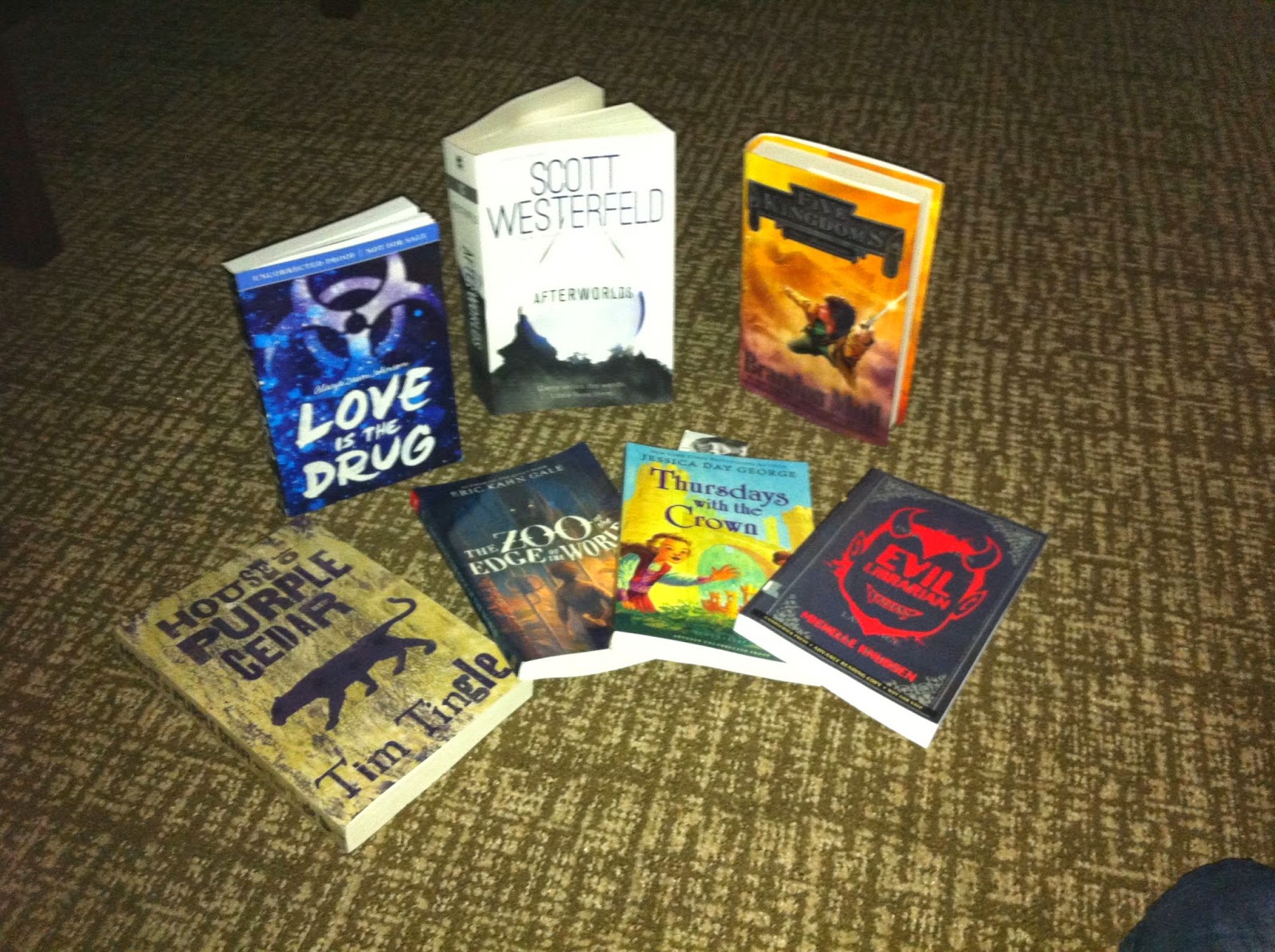 I also attended two panel sessions. “The Craft Of Writing And World Building” was an interesting session on worldbuilding in fiction, featuring:

I tried to take notes, but there was so much good stuff that I had trouble capturing it all. Here are some highlights of what I did manage to get:

I also attended “A Conversation on Digital Strategies for Tapping the YA Market,” which was about marketing books online for authors and publishers. The panel was moderated by Manuela Soares, Pace University, and included:

This was a wide-ranging session that covered a lot of ground, but here are a few points: