My day started bright and early at 8am, as I attended the Harlequin Teen Blogger Breakfast. I sat next to the friendly bloggers from Bookcrastinators in wonderland, who have the fun tagline, “Why put off until tomorrow what you can read today?” This was their first BEA, and I enjoyed chatting with them. The event was organized like speed dating, as the featured authors and their editors rotated around to each table and talked with us. Authors we met included:

One thing I realized during the brunch is that Harlequin has changed a lot, and that they publish a lot of different books, not just the romances that I think of when I hear the name. These books sounded interesting, and I clearly need to start reading more of their books.

After the brunch, I attended the YA Editors Buzz Panel. I always try to attend these at BEA, because it’s fascinating to hear the editors talk about the selected buzz books, how they acquired them and what they love about the books. The five buzz books are:

Most of the rest of the day I spent in meetings with publishers about the Cybils Awards, with some time spent walking the floor with my husband and son.

Here I am with some awesome Star Wars Lego sculptures at the DK booth, that they have in honor of the revised version of Lego Star Wars: The Visual Dictionary: 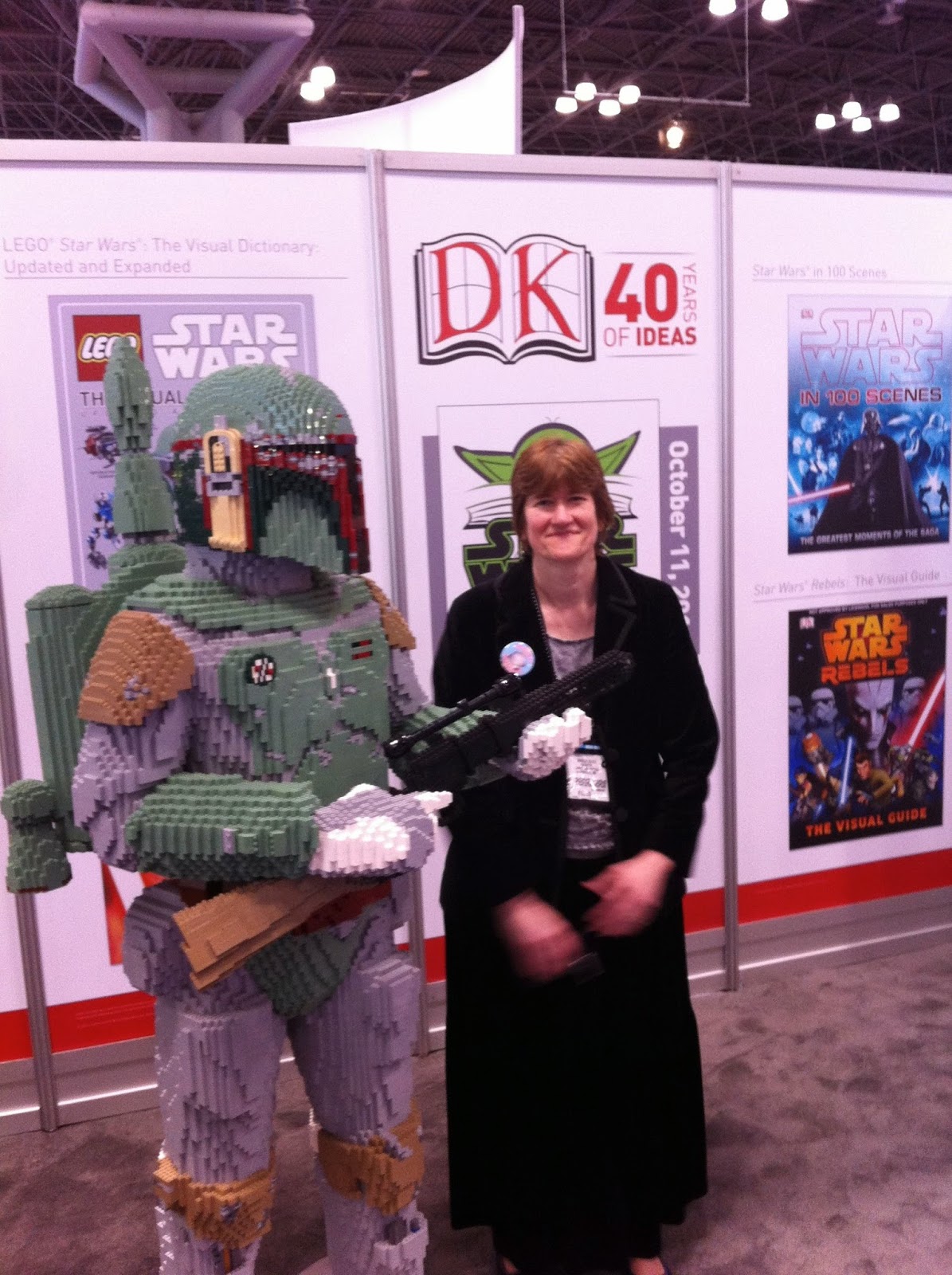 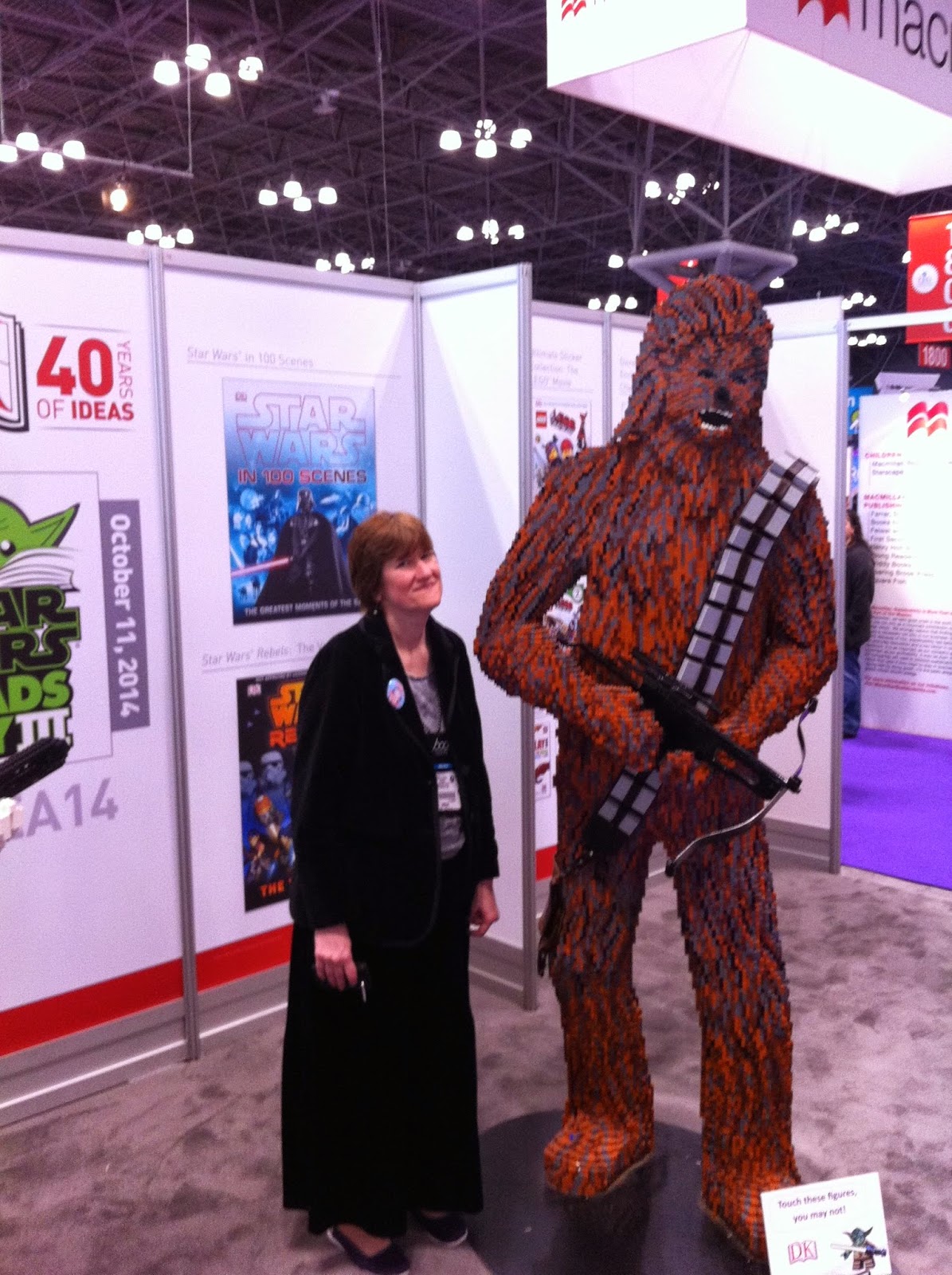 Little, Brown engaged in some clever marketing for their new YA post-apocalyptic, The Young World. These signs were on the stalls in the bathrooms: 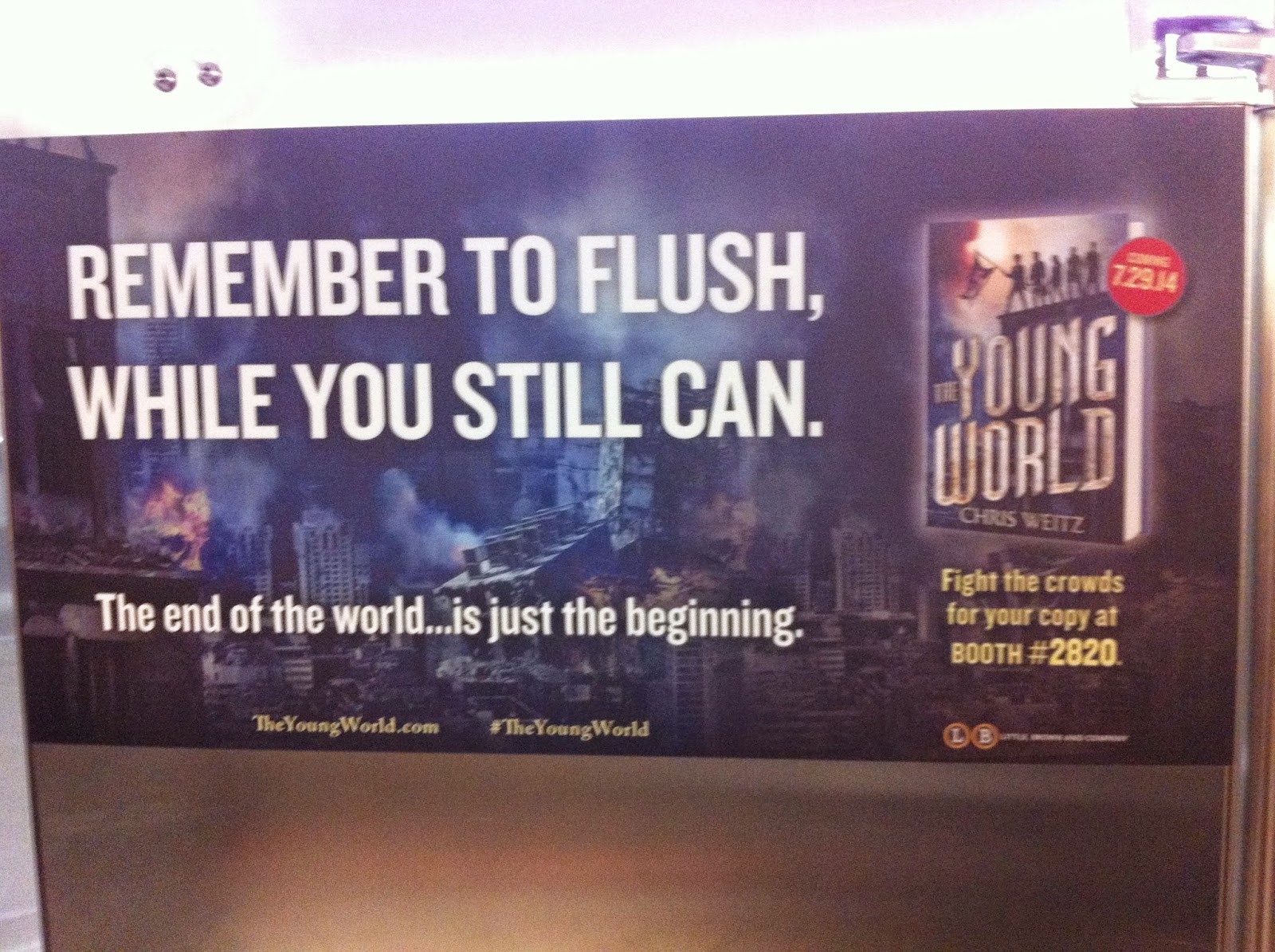 I ended the day by attending the panel, “The Best in Fall 2014 Graphic Novels,” with Michael Cho (Shoplifter), Farel Dalrymple (The Wrenchies), Jules Feiffer (Kill My Mother), and Raina Telgemeier (Sisters)  with moderator Calvin Reid from Publishers Weekly. Here are the panelists geeking out about brushes: 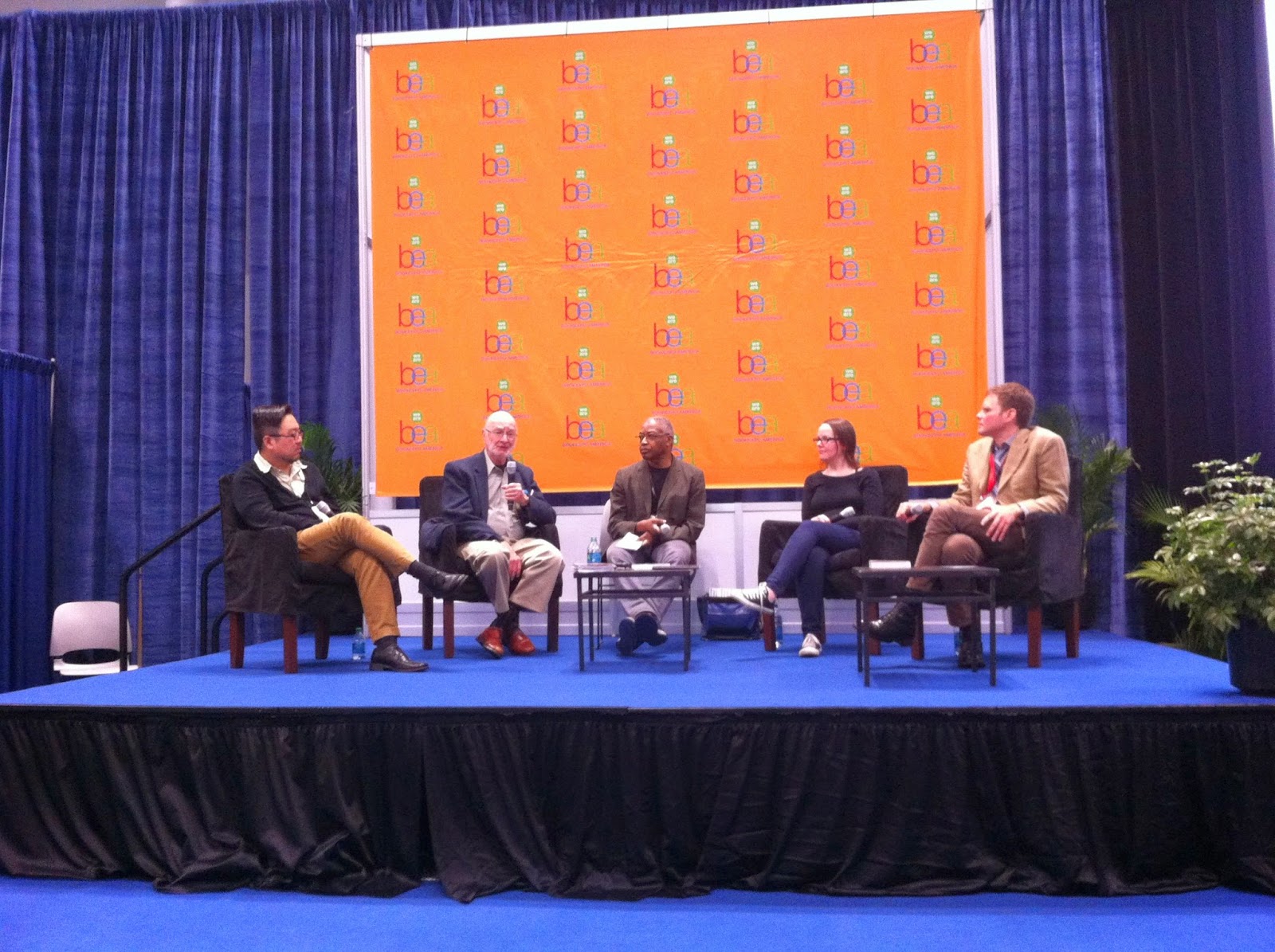 One of the most interesting discussions in the panel was in response to the question about whether the images or the text came first (since all the panelists are artist, writer, and creator for their graphic novels). Each one had a different answer. Dalrymple said that his inspiration generally comes from visual images, and he starts by sketching. Telgemeier works in thumbnails, where she works on layout and text together, using stick figures. Feiffer said that the writer and the artist in his brain are two different people who don’t even know each other. He starts by writing the script, and then gives it to the artist in his brain, who wonders who the writer is that wrote such crappy stuff. (He was very funny, in case you couldn’t tell). Cho also starts with the text, but he finds that he has to actually hand letter the text in the layouts to be able to determine the pacing.

Anyone training for a marathon should consider three days at BookExpo America for building endurance. By the end of…